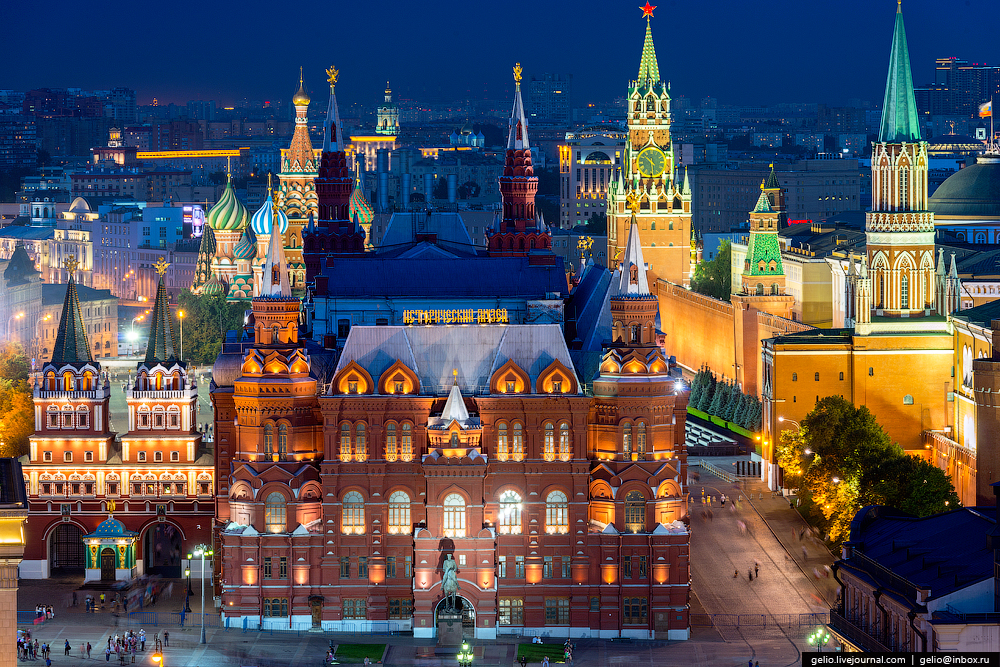 Moscow is the capital of the Russian Federation. It is the most populous city in Russia. According to the official statistics, there are more than 12 million people living here. Based on this indicator, it is included in the ten largest cities in the world. Moscow is the financial, transport, logistic, business, cultural and tourist center of the country. The major attractions including the Kremlin, Red Square, the Bolshoi Theatre, Stalin’s skyscrapers and many other iconic objects are concentrated here.
Moscow is a city with monumental architecture: the real scope of the broad multi-lane streets, multi-level road interchanges and skyscrapers can be understood from a bird’s eye view.